With the help of the articles that we or others have written about our work, you can understand very well what drives us. We have a lot of public relations in our own organization, AFS Germany, made. On the one hand, so that the work of QueerTausch has the necessary support, on the other hand, we see it as one of our core tasks to create queer role models, to operate queer storytelling and to create visibility in all areas of society, including volunteer work.

In January 2018 QueerTausch started the social media campaign #youresafewithme. The aim was to make our network of contact persons public. Numerous people took part in Germany, but also worldwide. Here's a best of the campaign. You can also find more photos at QueerExchange on Instagram.

QueerTausch members Valentin Schmehl and Benedict Weskott have for Voluntaris - magazine for voluntary service wrote the article "Because love also learns: The AFS Queertausch Initiative". Voluntaris is a scientifically oriented information, discussion and documentation publication for the field of voluntary services. It is aimed at actors from science and practice. Here is a preview of the article - The entire article is chargeable.

In the annual report of the international AFS network QueerTausch was recognized for its commitment to making AFS programs accessible to various groups.

In 2013 Andrea took a trip back in time on a family vacation. She spoke to Justus Eisfeld in New York about strange people at AFS. Justus was a volunteer at AFS in the 1990s. Today he is a trans * activist working at Hivos in New York and co-founded GATE - Global Action for Trans Equality.

In 2013 an article appeared for the first time in the newsletter on intercultural education from AFS Intercultural Programs, the worldwide network of all AFS organizations. This was important for QueerTausch in order to raise international awareness

In 2012, the main topic of the Horizons was the host family program. For over 60 years young people from all over the world have been coming to Germany and spending their time here with host families. The family structure in Germany has changed a lot during this time. Andrea and Shuggi have been enthusiastic host parents several times since 2007 and report on their experiences.

In 2010 the first article about QueerTausch appeared in the club's magazine Horizons from AFS Interkulturelle Treffen eV He explains who we are and what we do. 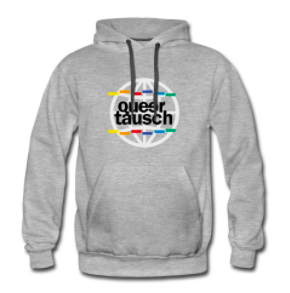 Lots of items from the QueerTausch and AFS Pride collections are available at AFS Spreadshirt Shop.

We were able to use a Counseling grant until mid-2019. Thank you for the great opportunity to further develop! #100xsozial

Queer in the dream country

Find out about the legal situation of queer people in your desired country, e.g. B. at ILGA, Queer Amnesty or that Foreign Office.
For experiences of acceptance in AFS programs, feel free to join us Contact us on. 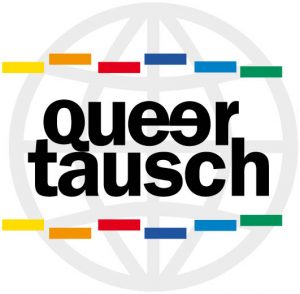